A Sense of Community

Hon. Elizabeth ‘Libbe’ Hubley was born Sept. 8, 1942, in Howlan, PEI, to Bennett (BJ) and Florence (Brown) Haywood. Her early education took place in local schools, the Prince of Wales College in Charlottetown, as well as the Nova Scotia College of Art and Design.

Early in her career, she worked as a secretary at Trans Canada Credit in Charlottetown and held various positions with companies and organizations in Calgary, Montreal and Halifax.

She married Richard Beck Hubley on Nov. 12, 1966. Together, they raised six children: Brendon, Susan, Allan, Amos (deceased), Jennifer, and Florence. She is the founder and owner of Stepping Out, a traditional dance studio in Kensington, and home of the Lady Slipper Dancers.

​​Hubley was appointed to the Senate of Canada on March 8, 2001, by Governor-General Adrienne Clarkson on the recommendation of Prime Minister Jean Chretien. As a Senator, she served in various capacities, including:

She retired from the Senate of Canada after 16 years on her 75th birthday in September 2017. Hubley remains active in her community, in her church, with her family, and, in her free time, plays the fiddle and paints.​​ She resides in Kensington, PEI.

Read the her feature story: A Sense of Community

Our population is 51 per cent women. That says it all. We have to look at the diversity within our society. Politics should reflect the diversity of our province and country. We, as women, have to be there.”

advice to girls and women for success

on the privilege of being an elected representative

“It is something that you can’t fathom until you are there. All of a sudden, the reality of sitting in the legislature in Charlottetown, in that historic building. For me that sense of public service or that opportunity to become involved in public service, that’s been the greatest gift.”

on some of the challenges for women in politics

"It is important that in order to get women into politics or keep them there, assure them that they are going to be able to maintain their family” was Hubley’s advice to those hoping to see more women elected. “We can’t compete like a man competes. We have to do it a way a woman will do it. That means there has to be changes.” 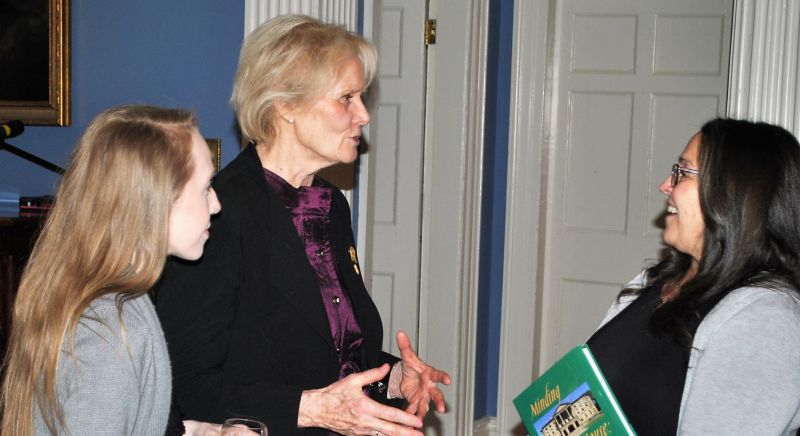 on the PEI Famous 5 photo

“After 25 years it still fills me with a sense of pride that I have been part of that photograph. It is interesting. At the time, we underestimated its historic significance. We were all just doing the job that we were elected to do.”

The role of Deputy Speaker is to support the speaker by filling in for that person when he or she is absent from the House. That means the Deputy Speaker, once in that chair temporarily, has the same duties as the Speaker.

The following women have held the position of Deputy Speaker in the Legislative Assembly of Prince Edward Island: