Forging Her Own Path

Pat Mella was born Patricia Jane MacDougall on Aug. 29, 1943, in Port Hill, PEI, as one of six siblings and twin to sister, Peggy. She is the daughter of Frank Joseph MacDougall and Patricia Mary Hilda (nee Callaghan) MacDougall, and grew up in the rural communities of Port Hill Station, Bloomfield Station, and Kinkora.

She was educated at Saint Dunstan’s University, UPEI, Catholic University of America, and holds a Bachelor of Arts, Bachelor of Education, Master of Arts.

She married Angelo Mella on June 27, 1970, and together, they raised three children: Andrew, Michael, and Nancy.

Since her retirement from politics, Mella has remained active in the PC Party of Prince Edward Island.

She has been involved in a number of organizations and boards, including serving as the province’s kindergarten commissioner; member of the Charlottetown Christian Council, Bunbury, Southport, Crossroads Recreation Commission; member of the Diocese Pastoral Council, Prince Edward Island; member of the Assumption Church Parish Council; member of the Heritage and Planning Commission of Town of Stratford; PEI Lending Agency; Fox Meadow Golf and Country Club; Atlantic Lottery Corporation; PEI Museum and Heritage Foundation; St. Dunstan’s University; the Atlantic Pilotage Authority; and the Public School Board.

Read her feature story: Forging Her Own Path

"It (being a MLA) is probably one of the most misunderstood parts of politics. It is a 24-hour job. When you are not physically going, what you should be doing is in your head. It is a lot of work; a ton of work.”

on the skills of a good leader

on the challenges of work-home balance

“I tried to be superwoman. I tried to be home, get supper and take the kids to whatever sports they were in and that kind of thing. I had to do a lot of traveling across the province. That was difficult." 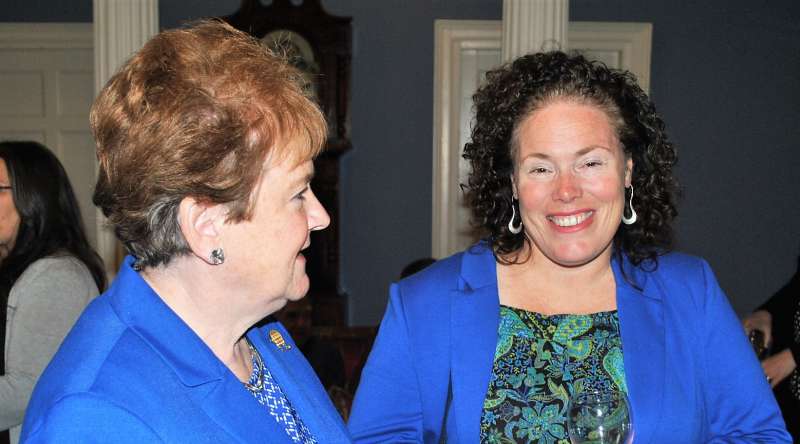 on ensuring more women are on the ballot

“Political parties need to put together a very good program and explain everything. People assume candidates know how you get a nomination, that everyone knows you get people to go and support you, everyone knows what a district is. That is not really true,” she said. “I would love to talk to a woman and convince her to run because, I shouldn’t probably say this, they couldn’t do any worse. It is a very positive experience."

Leone Bagnall on the occasion of her retirement

" ...I may have left the impression that Pat is a serious, dedicated, capable person - which she is; but, she is much more than that. She has a wonderful sense of humor, enjoys a good joke and can tell them too. Pat can laugh at herself and some life situations; for example, arriving at CBC for television interviews wearing one navy and one black shoe."

The voice of Opposition. The person that leads the task of, while in the Legislative Assembly of Prince Edward Island, holding government accountable. That is the role of the Leader of the Opposition.

The Opposition Leader is usually the leader of the party with the second-largest number of seats in the legislature.

The following is a list of women who have held the position of Opposition leader: